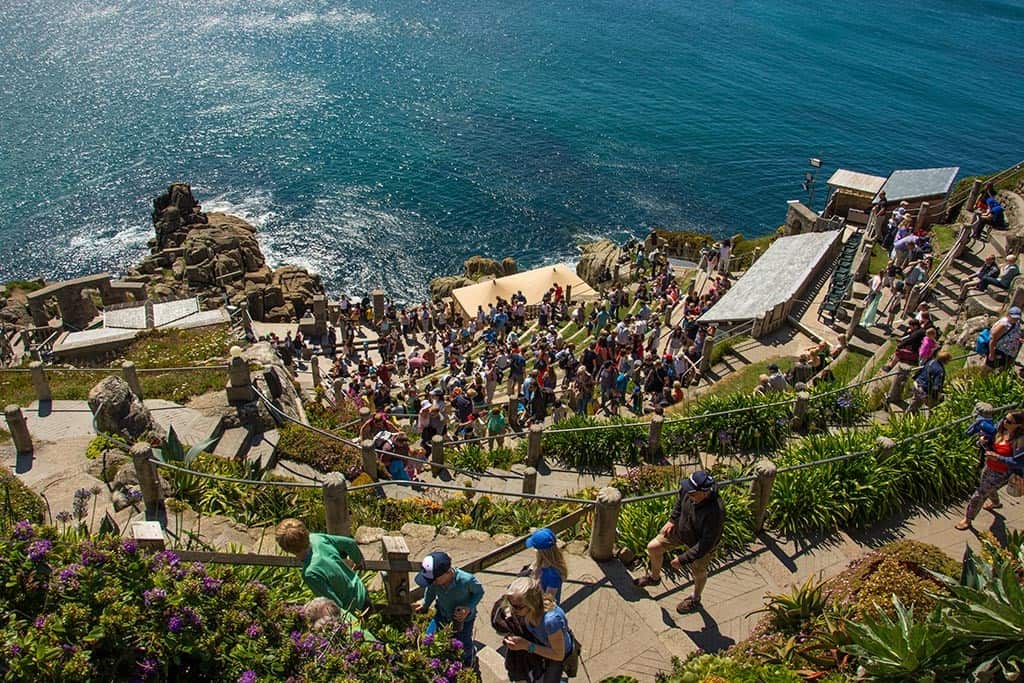 Cornwall is really a world apart from the rest of England as the county has its own language as well as unique traditions and landscapes.

What really marks Cornwall as different is the jagged coastal scenery.  It’s a landscape full of mystery and a rawness that makes it beautiful.  English holidaymakers flock to Cornwall every Summer and enjoy its Winters cuddled up under thick duvets and sipping wine by the fire.

It’s really busy in the Summer months as there are a number of festivals such as Padstow’s ‘Obby ‘Oss Festival and the big rock concert at the Eden Sessions in July.  There’s also the Port Elliot Festival of music and cabaret in mid-July which is worth a visit.

One of the main attractions for me as a kid was the lure of King Arthur and the Knights of the Round Table.  Trips to Cornwall’s Tintagel were a special treat and a great adventure. The ruins date back to the 13th century and recent digs have uncovered some of the foundations of an earlier fortress which gives some credibility to the local fable.

Another big attraction in this area is The Eden Project which consists of a number of biomes that are the world’s biggest greenhouses.  This is near the town of St Austell and showcases a vast array of plants species.  It’s fascinating and well worth a few hours.

Cornwall really does have the best coastline in England with Lizard Point being one of the deadliest stretches of land where an awful lot of ships have been wrecked just offshore.  There are also some amazing stretches of sandy beaches and coves topped with floral headlands and winding walking coastal paths.

At Porthcurno, you’ll find beaches galore as well as a bit of culture at the open-air Minack Theatre.  Here, actors perform on a historic stone stage against a backdrop of really clear blue water with all the seats in the house having views over the coast and you can imagine the beauty of it as the sunsets!

Porthleven is a dinky fishing village with great eateries and really spectacular fish and chips!  The pubs are good too and the locals will tell you to head for Kota which is a restaurant offering great seafood with an Asian edge like scallops with wasabi!

Luxury hotels, bed and breakfasts and guest houses abound on this coastline and there’s perfect accommodation for everyone.

Cornwall has plenty to offer even if it’s raining.  The locals suggest mussel collecting and then cuddling up in a beach tent on the beach with the family to enjoy hot pasties or taking a mysterious walk in the mist…..