The nearest beach to Milton Keynes? There is always a time when we need to get the family out and about. Then why not visit the seaside as a trip to the beach is a great way to get the kids interacting with fun-filled activities.

But where is the nearest beach to Milton Keynes?

Milton Keynes is not known for its coast access but if you can tolerate just over 2 hours in the car then you have some options. At Coast Radar, we have selected 5 seaside locations that although may not be the closest beach to Milton Keynes in distance are some of the closest in terms of time spent in the car. 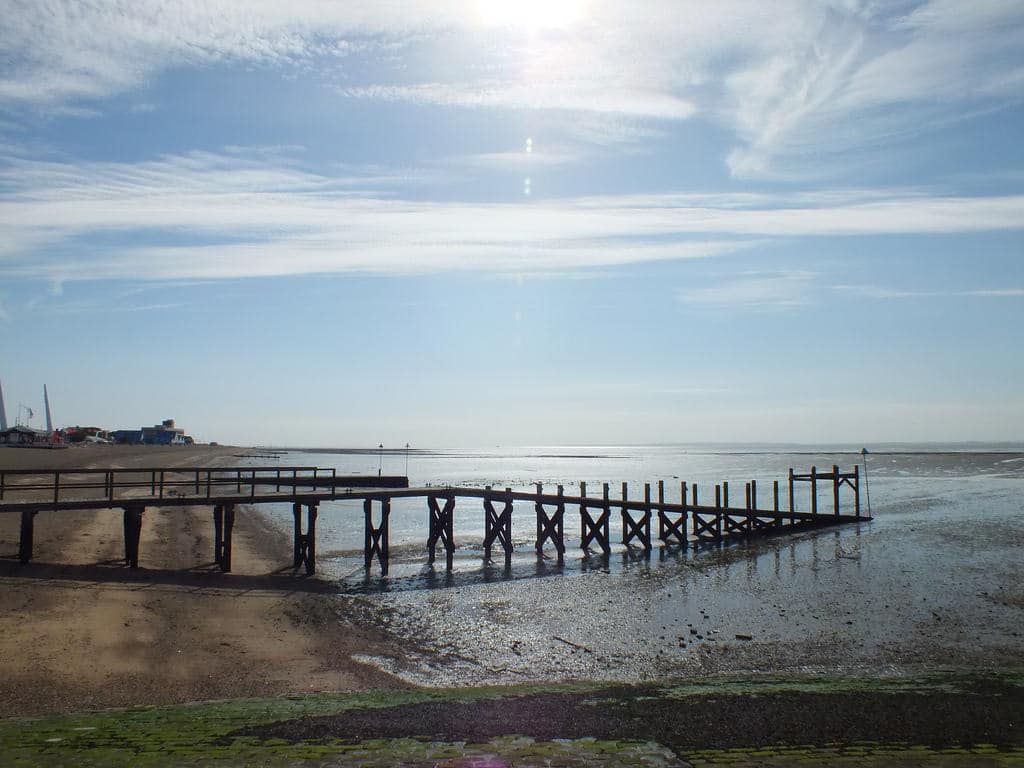 Southend-on-Sea photo by The real GoG

Southend-on-Sea is within Essex on the north side of the Thames estuary.

When you visit Southend one of the most famous sites that you must visit is the world’s longest pleasure pier. At just over 2 km long it was built in 1830 and it has a narrow gauge train to transport you to the end or if you prefer you can take the round trip walk with a rest at the cafe on the end of the pier.

Due to the close location to London and good train links, this is not a location for a quiet trip to the coast. As well as the pier you have lots of amusement arcades and an amusement park Adventure Island with over 60 rides and attractions. 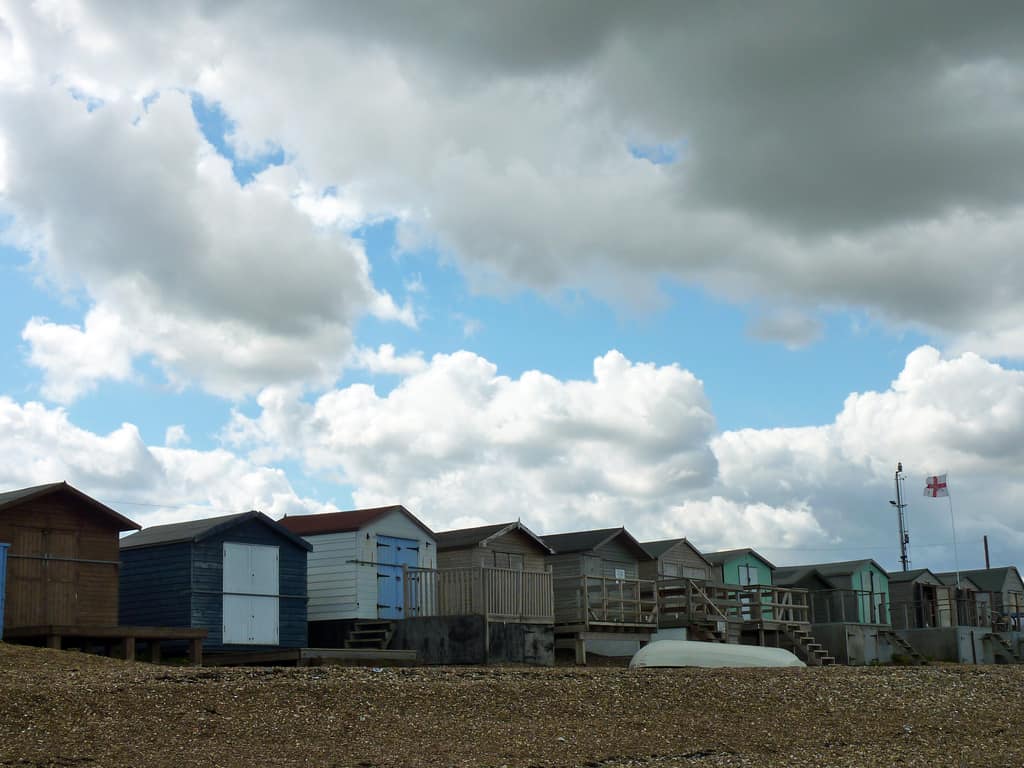 Whitstable is a seaside town on the north coast of Kent. The town has shingle/sandy beaches flanking the picturesque harbour and plenty of roads and alleys to explore with boutique shops, art galleries and a selection of pubs, cafe and restaurants where fish, crabs and oysters are some of the favourites on the menu.

Whitstable is famous for oysters, which have been collected in the area since Roman times and are celebrated at the Whitstable Oyster Festival in July.

As well as Whitstable itself you have some more options including the coastal marsh and wildlife near Seasalter, that also has a Michelin Star restaurant. 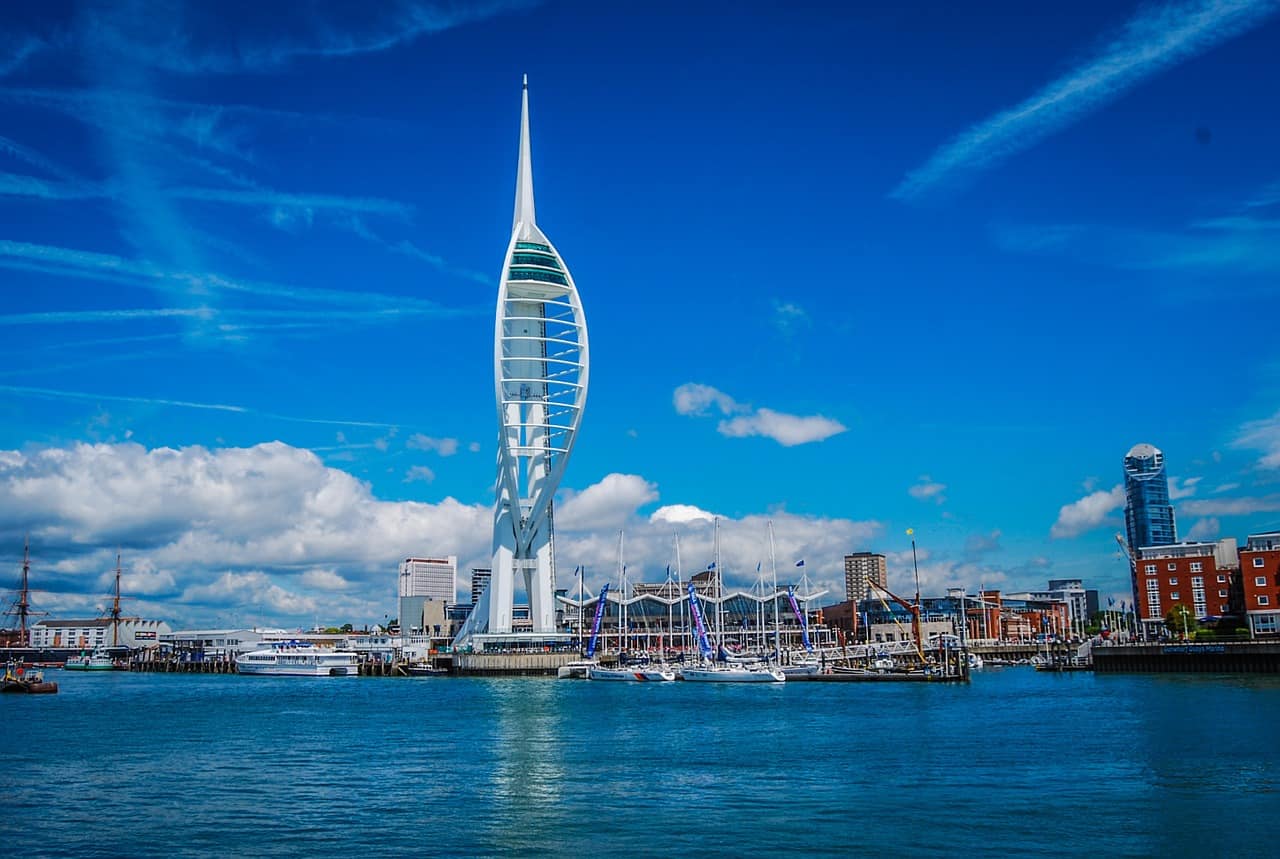 Spinnaker Tower in Portsmouth photo by 921563

Portsmouth is a port city in Hampshire, mainly built on the low-lying island of Portsea. Still a working port but it is also home to some famous ships, including HMS Warrior, the Tudor carrack Mary Rose and Horatio Nelson’s flagship, HMS Victory all of which can be visited.

The former HMS Vernon naval site has been redeveloped as a retail park known as Gunwharf Quays that includes the tall Spinnaker Tower (seen above) at 170 m (560 feet) high.

Portsmouth offers a lot to do with retail shopping, harbour boat trips and historic ships to see but if you want a true seaside experience then head south out of the city centre to Southsea that has a beach, pier and amusement parks. 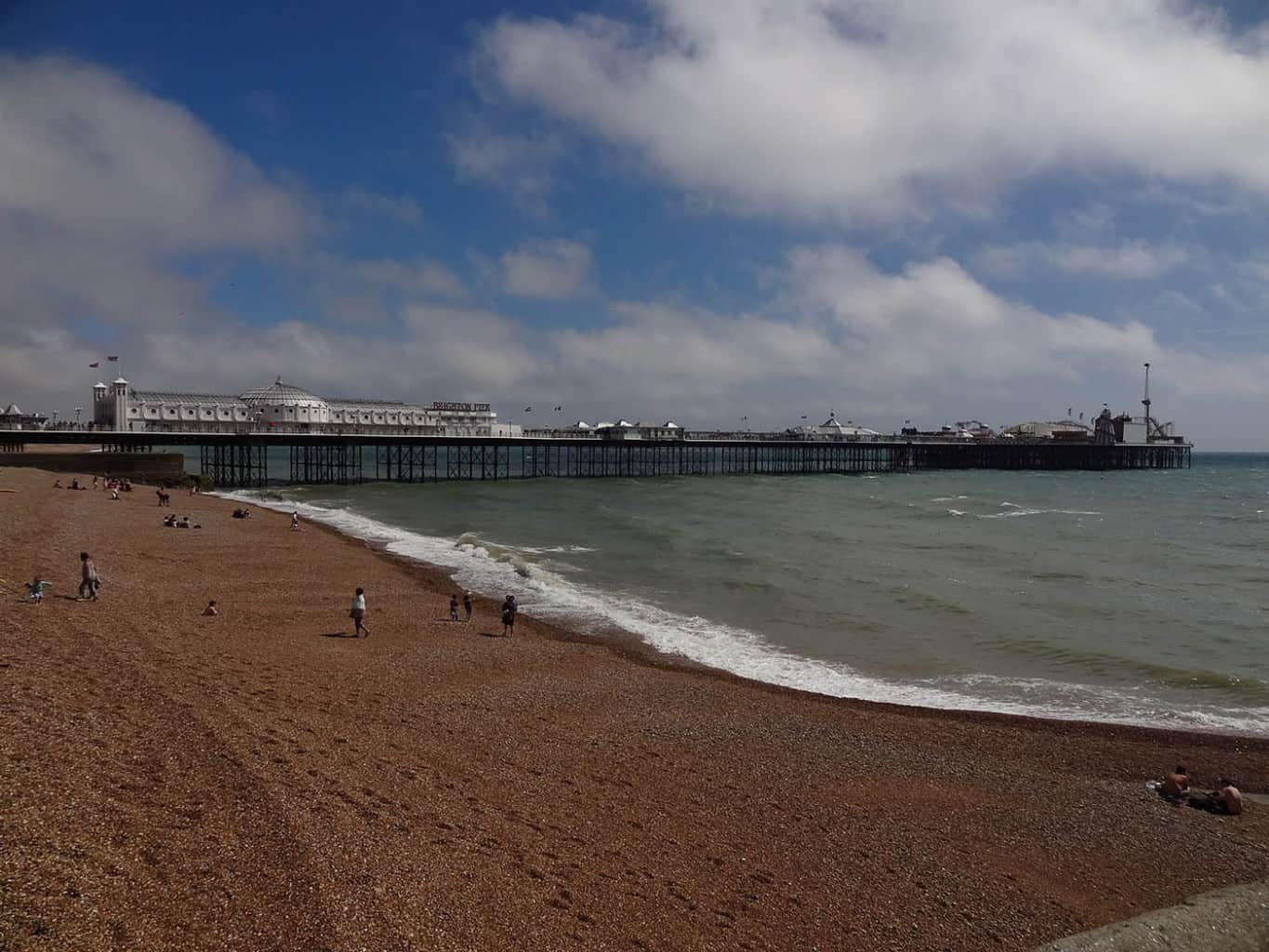 Brighton is in East Sussex and became a fashionable seaside resort in the Georgian era. It sits between the South Downs to the North and the English Channel to the south.

Brighton has a long shingle beach split into sections by wooden groynes. The main seafront area is between the old derelict West Pier and the Palace Pier. This stretch has a wide promenade with a range of bars, restaurants, nightclubs, sports facilities and amusement arcades.

This is not just a beach and you have a large selection of shops and restaurants that are a short walk from the seafront with the famous Brighton Lanes offering independent shops and boutiques in narrow twisting alleyways. 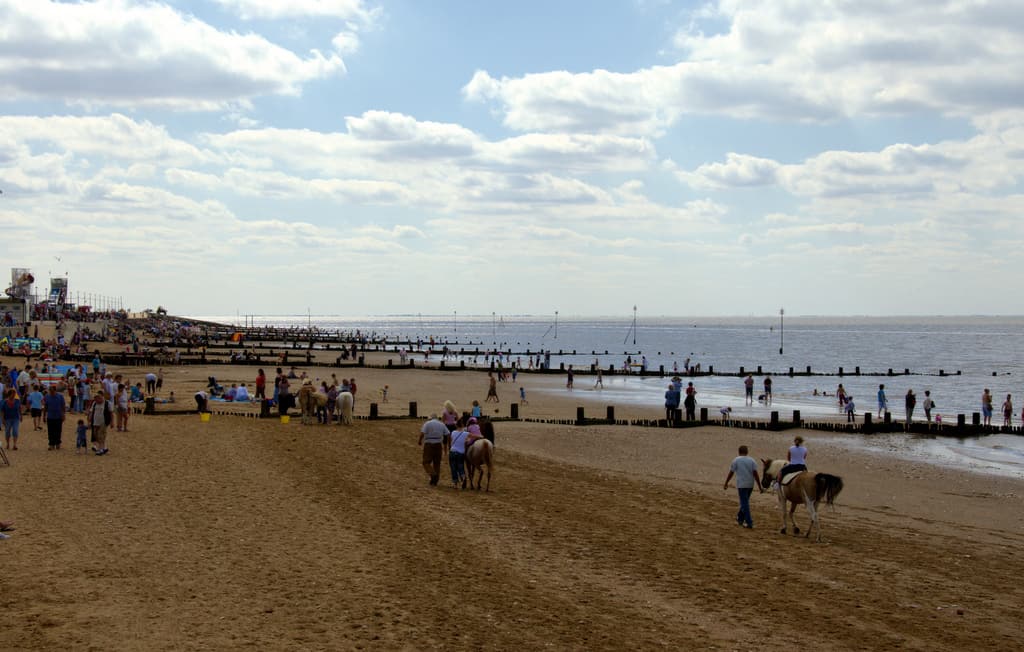 For our last seaside town, we have headed northwards and chosen Hunstanton in Norfolk. Although King’s Lynn is a little closer we have listed Hunstanton as it has the beaches. Hunstanton faces west across The Wash, making it one of the few places on the east coast where the sun can be seen setting over the sea.

The Hunstanton that most people visit is actually New Hunstanton and was built as a 19th Century resort town adjacent to the old village which is known as Old Hunstanton and has a quieter atmosphere.

This is our list of 5 seaside towns and we tried to keep the journey time down to a maximum of 2 hours 15 minutes. If you don’t mind an extra 20 minutes in the car then you have a lot more of the Kent, East Sussex, West Sussex and Hampshire coasts to access.

If you have been to these or have any other suggestions we would love to hear from you either as a comment here or on our facebook page.