Temple Church is a ruined church building in central Bristol, that was founded in the mid 12th century by Robert of Gloucester and the Knights Templar. Temple Church served as the site for the famous exorcism of George Lukins conducted by Methodist and Anglican clergymen. The church was bombed in World War II and largely destroyed.

0.54 km
The Bristol Theatre Royal was built during 1764–66 and now the oldest continually operating theatre in England. The Coopers’ Hall, built 1743–44, was incorporated as the theatre’s foyer during 1970–72. Together, they are designated a Grade I listed building by English Heritage. Bristol Old Vic is the theatre company based at the Theatre Royal, established in 1946 as an offshoot Read more… 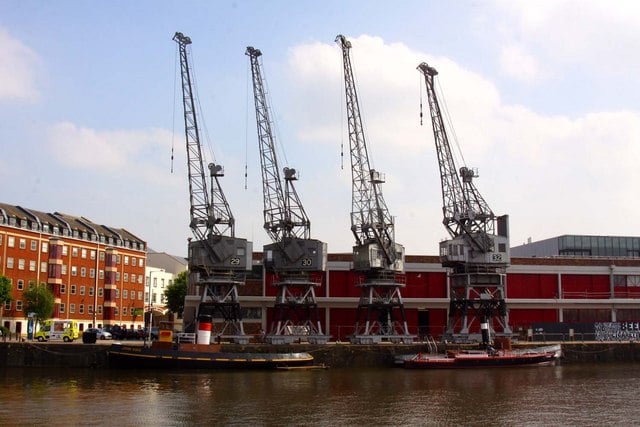 0.9 km
M Shed is a museum, telling the story of Bristol, exploring the city’s history from prehistoric times to the 21st century. There are working exhibits on the harbourside including steamboats, trains and cranes as well as a café that opens out onto a public square on the dockside. Read more…

0.98 km
The Lord Mayor’s Chapel is located opposite Bristol Cathedral and originally part of the 13th-century Hospital of Saint Mark. For the events calendar see the chapel website. Read more…

1 km
We The Curious is a science centre and charity in Bristol where visitors can interact with exhibits and take part in experiments. Read more…