Hardknott Roman Fort ruins is square with rounded corners, 114 metres long externally, or 105 metres internally, the rampart wall being about 1.7 metres thick with ditches adding to the total width of the rampart. The low walls of the fort were “restored” some years ago, a slate course showing the height of the walls before their rebuilding.

The outer wall has four gates, at the centre of each side, and lookout towers at each corner. Within the walls are the remaining outlines of three buildings: a granary, a garrison headquarter building and a house for the garrison commander. In addition to these stone buildings, timber structures would have housed barracks for the legionaries.

Outside the square of the fort is the remains of the bath house (which has a rare circular sudatorium), and the levelled parade ground, which is considered to be the finest surviving example in the Western Empire.

The Lake District weather forecast from Yr, delivered by the Norwegian Meteorological Institute and NRK 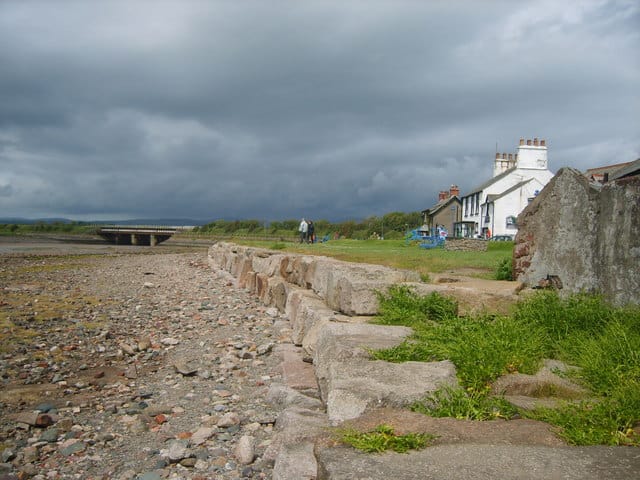 14.34 km
Ravenglass beach is a mix of sand, shingle and mud within the village of Ravenglass. The village is on the estuary where the Esk, the Mite and the Irt all meet the sea. Parking is available in the village along with a couple of pubs. Share: Read more…

10.95 km
Brantwood offers a fascinating insight into the world of John Ruskin who spent the last 28 years of his life at Coniston. The house retains the character of its famous resident with many fine paintings, beautiful furniture and Ruskin’s personal treasures. With its many contemporary exhibitions, concerts, courses and special events, together with its education work in the wider community, Brantwood continues Read more…

Some more seaside locations in Cumbria