The port at Amlwch was developed due to the high importance of the copper mine at Parys Mountain.

The harbour built in 18th century in a small north facing cove is protected by breakwaters. Small museum and heritage trail explaining the few remains that hint of its past. Ship trade started to slow down when the new railway started to make transporting copper cheaper than by boat.

Parys Mountain provided Anglesey with copper back in the bronze age and later the Romans exploited it. It was during the industrial revolution (late 1760’s) that Parys Mountain became the largest copper mine in Europe (probably the world) and Amlwch Port was extended and became very important to the trade.

Amlwch weather forecast from Yr, delivered by the Norwegian Meteorological Institute and NRK 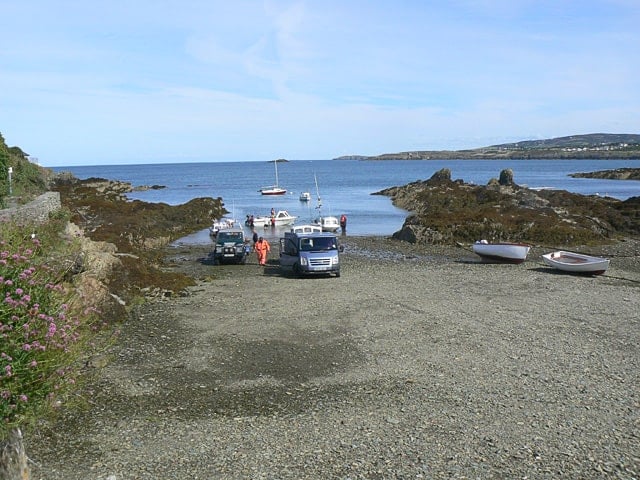 2.44 km
Bull Bay (Porthllechog Cove) beach is a pebble and rocky beach between Llaneilian and Cemaes on the northern coast of Anglesey. This is a popular location for diving and boating with a short concrete slipway. Some parking and toilets available near the beach. Read more…

2.71 km
Porth Eilian beach is located on the north east point of Anglesey. The small sand/shingle north facing beach sits between the rocky headland of Point Lynas and the inlet known as Porthyrychen close to the village of Llaneilian. This makes it a sheltered beach. Good location for wildlife with oystercatchers, ravens, choughs, gannets, porpoises and seals. Facilities include parking, toiletsand Read more… 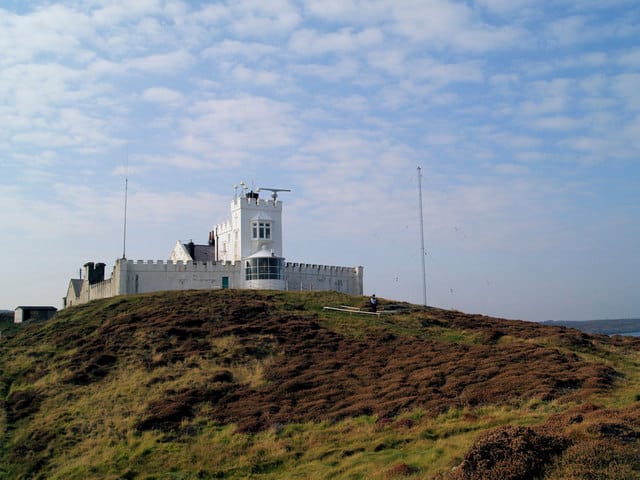 2.95 km
Point Lynas Lighthouse is situated on the north coast of Anglesey in North Wales. As early as 1766 the need was felt for a station on Anglesey where ships making for Liverpool could pick up pilots. The Liverpool Pilotage Service, after examining several sites, eventually chose Point Lynas. Point Lynas lighthouse has an automatic fog detector which starts the fog Read more…