The Wales Coast Path includes the Isle of Anglesey and the Isle itself creates a circular walk of 125 miles / 200km with an average number of days to complete of 12. The path is aimed at walkers however cyclists and horse riders can also enjoy certain sections.

St Cybi’s Church, Holyhead is the official start point of the path, and the route can be followed with both the Isle of Anglesey Coastal Path markers and the Wales Coast Path markers.

You don’t have to complete the whole route but you can just pick some nice smaller walks. We have listed some as examples that you could try:

A short walk which takes in the village of Aberffraw, the pretty Ffraw estuary and the beach before returning via the dunes.

A moderately challenging walk starting in the Breakwater Country Park in Holyhead. The route heads over the mountain and Coast Path to the iconic South Stack. It is possible to return via well-defined paths around the other side of the mountain and back to the park.

Use this lovely walk with great views across to the mainland as an opportunity to learn how to say the name of this world-famous village! The walk passes under both bridges to the island – Stephenson’s 1850 Brittania Bridge and Telford’s 1826 Menai Suspension Bridge.

Enjoy a wander around Beaumaris with its rich Georgian architecture and castle before heading along the coast where you’ll enjoy superb views of the Carneddau Mountains across the Menai Strait. At Penmon Point you’ll see Puffin Island, a protected habitat because of its large cormorant population (but no puffins!)

This walk, with fantastic coastal views throughout, runs from the picture-postcard village of Moelfre to the popular beach of Traeth Lligwy and the little visited beach of Traeth yr Ora, before heading inland along the Dulas estuary to the Pilot Boat pub. The Path passes by the memorial to those lost in the 1859 Royal Charter and 1959 Hindlea shipwreck disasters.

From the historic and picturesque Amlwch Port the path leads to low rocky cliffs and the spectacular bays of Porth Llechog (Bull Bay) and Porthwen before passing the remote Llanbadrig church and entering the coastal village of Cemaes. 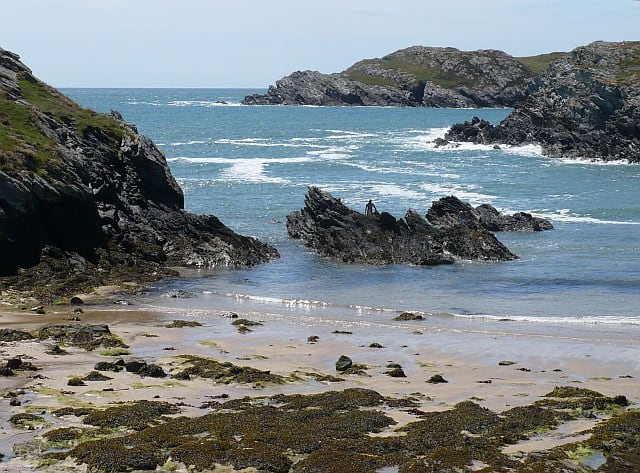 Favourite
3.07 km
Porth Dafarch beach is a sandy beach within a sheltered cove. A great location for families as it is sheltered and has rocks and rock pools to explore and provides some great canoeing and Stand Up Paddling (SUP). The cove is also a popular visit for small boats as it provides great place to anchor and swim. Read more… 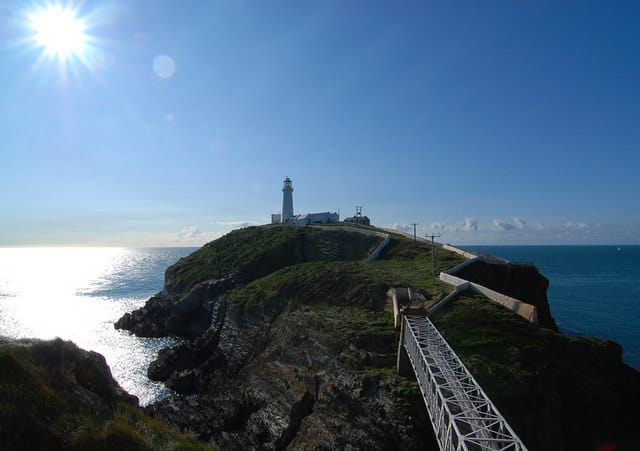 Favourite
4.49 km
Situated near the north west tip of Wales, the tiny islet known as South Stack Rock lies separated from Holyhead Island by 30 metres of turbulent sea, surging to and fro in continuous motion. The coastline from the breakwater and around the south western shore is made of large granite cliffs rising sheer from the sea to 60 metres. Lighthouse Read more… 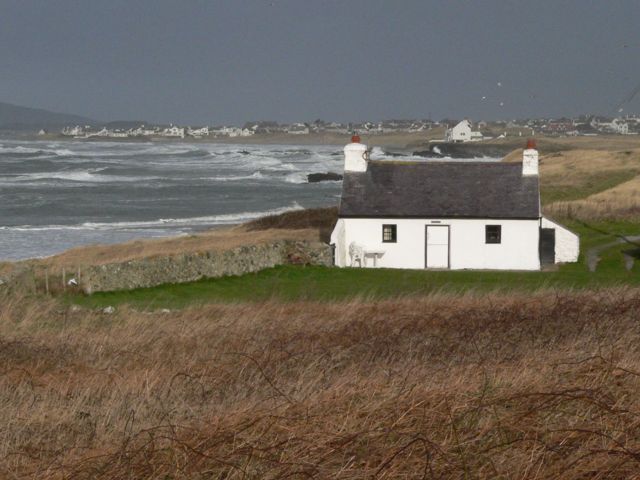 Favourite
14.18 km
Porth Nobla beach is a sandy beach tucked under the cliffs of the headland an the beach is dotted with rock pools. Only space for a few cars and the nearest facilities are approximately 1km away. Read more… 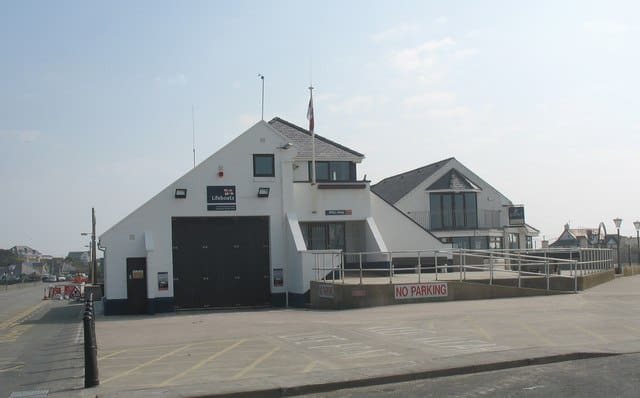 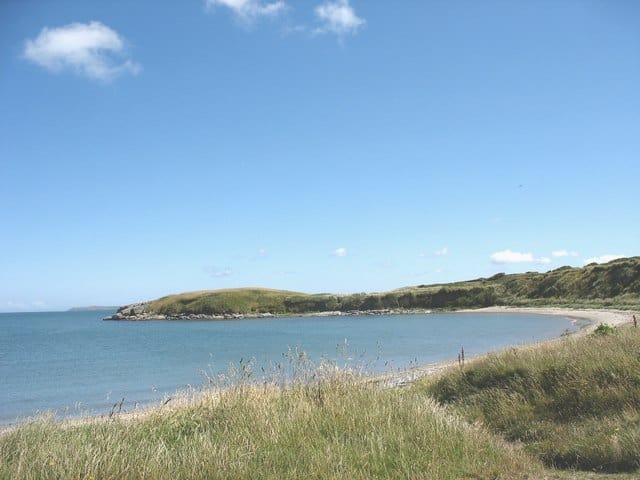 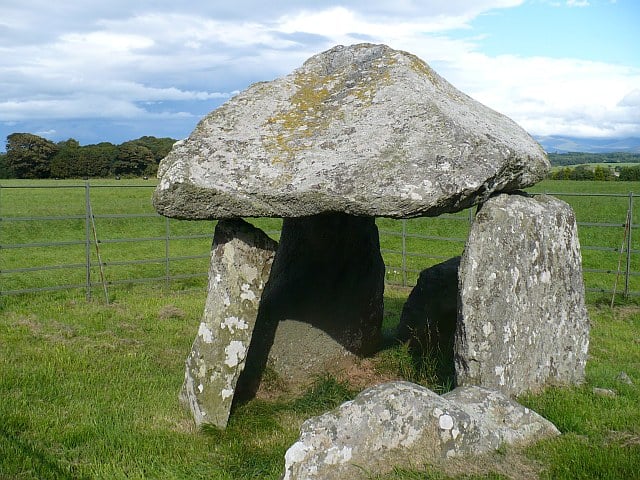 Favourite
25.89 km
Bodowyr Burial Chamber is a Neolithic chambered tomb. The chamber has three upright stones about a metre high supporting a robust, wedge-shaped capstone. A large stone lying flat nearby on the western side may have been part of the structure. Access is by walking 100m across a often muddy field. Read more… 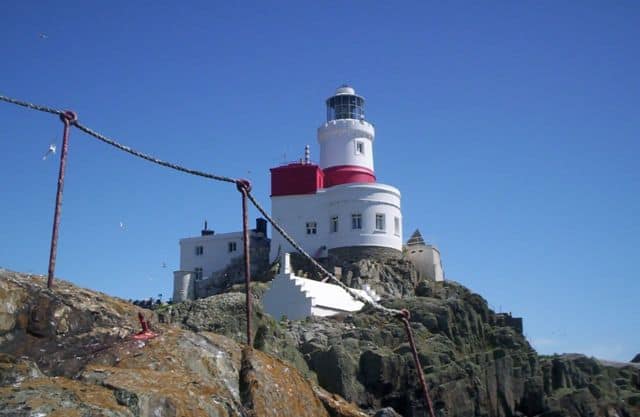 Favourite
12.28 km
The rocks upon which the Skerries Lighthouse stands are at the end of a low tract of submerged land North-East of Holyhead which lies directly in the path of many of the major shipping lines from Liverpool and Ireland. The lighthouse gives a guide to passing shipping and a warning of the dangerous rocks. Read more… 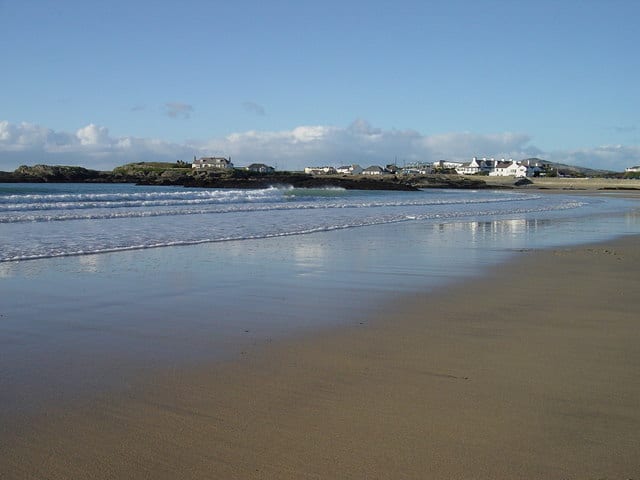 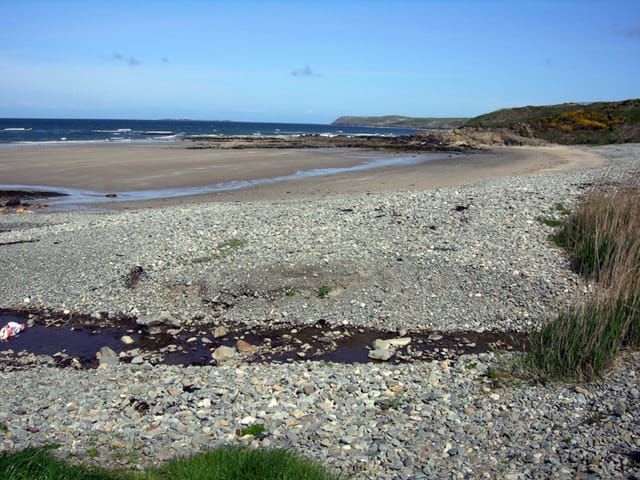 Favourite
6.99 km
Porth Trwyn beach is quiet bay with no development, this beach is sandy with a high tide line of pebbles backed by some sand dunes. You also have a small hidden part to this beach, a small cove at the northern point. But, in general this beach does never get busy due to the lack of facilities and parking. Limited parking Read more… 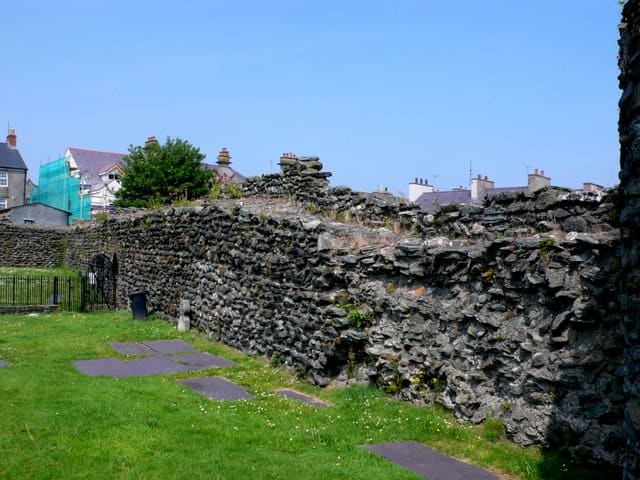 Favourite
52 metres
Caer Gybi Roman Fort is small rectangular for overlooking the harbour which formed a defense against raiders from across the Irish Sea. After the departure of the Romans from Britain the site was gifted to Cybi by Maelgwyn, the 6th Century King of Gwynedd, where he founded a monastery of which the present St Cybi church is the successor. Read more… 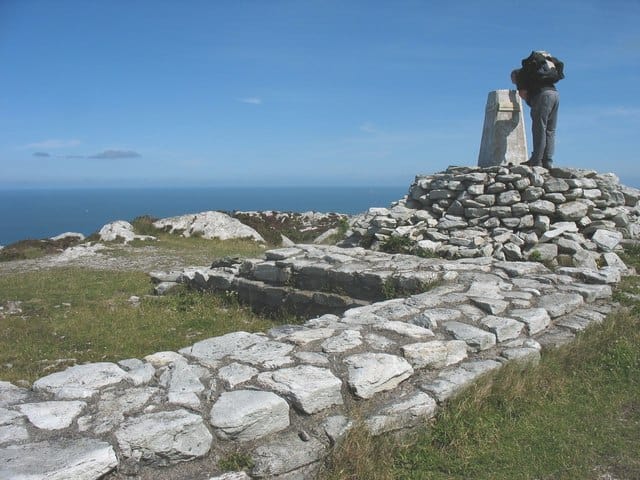 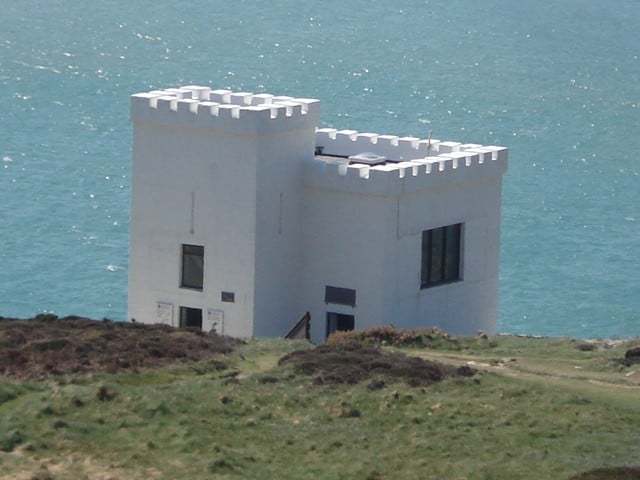 Favourite
3.95 km
RSPB South Stack Centre is on top of the cliffs overlooking the South Stack lighthouse and the cliff-side nesting colonies. You can see the birds through live TV images, telescopes and binoculars. You’ll be able to watch guillemots, razorbills and puffins all raising their young, while live television pictures give you an even closer view of the nests! As well Read more…