Deal beach stretches along the Deal seafront, split by the Pier and on the Western end you have the Tudor Deal Castle. The beach at Deal is a large shingle beach with wooden groynes backed by a flat promenade and road. You will also see a number of small fishing boats pulled up on the beach.

The Pier is very popular for fishing (charges apply).

Facilities include parking by the beach, toilets, pier, amusement arcades and a wide selection of shops, cafe, pubs, and restaurants.

Deal beach, No dogs during the summer (1st May to 30th September).

Why not check other beaches nearby as we have 2 beaches at Deal, 46 beaches in Kent, or check our list of Kent Dog Friendly Beaches.

Deal weather forecast from Yr, delivered by the Norwegian Meteorological Institute and NRK

Tide times are available at around 600 locations and the closest location to Deal Beach is at Deal 0.98 km (0.61 miles) away. Tides are displayed beneath for up to 7 days and we list both high and low water times along with the height.

0.35 km
Located in the Royal Hotel on the seafront at Deal. The Boathouse Bar and Terrace restaurant has a range of delicious dishes that focus on seasonal Kentish produce. Read more… 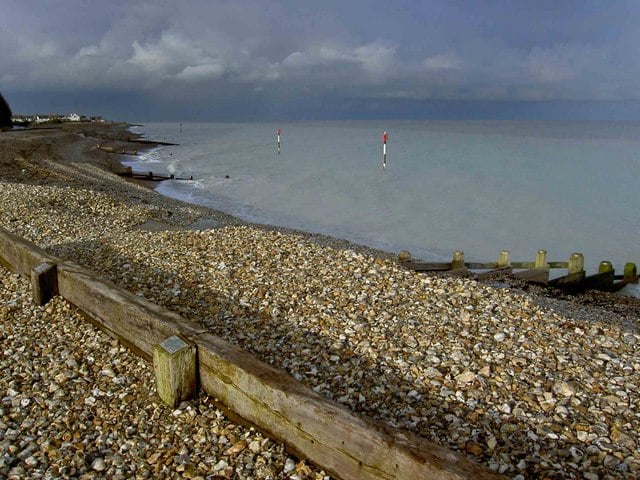 4.23 km
Kingsdown Beach is part of a large stretch of shingle beach that at the southern end sits under large white chalk cliffs and towards the north is backed by grass areas. As the tide goes out you get areas of compact sand below the shingle bank and a chalk shelf. The beach is also known as Oldstairs Bay and is Read more… 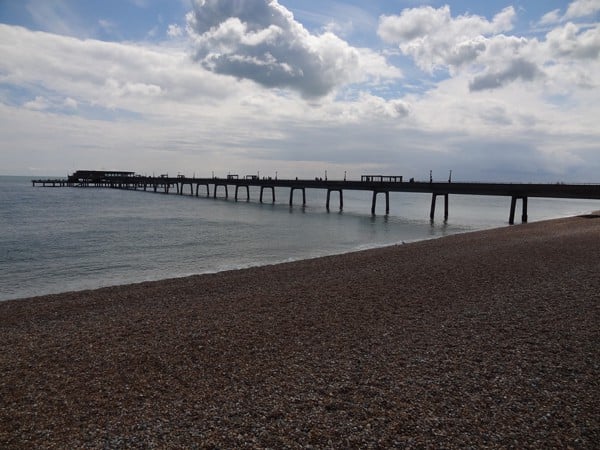 0.26 km
The third Deal Pier, construction on it began in 1954 and it was opened by the Duke of Edinburgh on 19 November 1957. The previous pier was destroyed in January 1940 when it was struck by a ship. The pier is very popular for fishing with a lower deck on the end beneath the restaurant. Charges for fishing do apply, Read more…

0.37 km
Deal Castle is one of the earliest and most elaborate of a chain of Tudor artillery coastal forts, which also includes Calshot, Camber, Walmer and Pendennis Castles. The castle was built between 1539 and 1540, shaped like a Tudor rose, the rounded bastions were designed to deflect incoming cannon balls and acted as platforms from which to fire in all Read more…

1 km
Walmer lifeboat station was established by the RNLI in 1856 and operates two inshore boats. Walmer lifeboat was one of 19 lifeboats that took part in the evacuation of the British Expeditionary Force from Dunkirk. Station open at the weekends and shop open wed-fri and weekends Easter to Christmas. Read more… 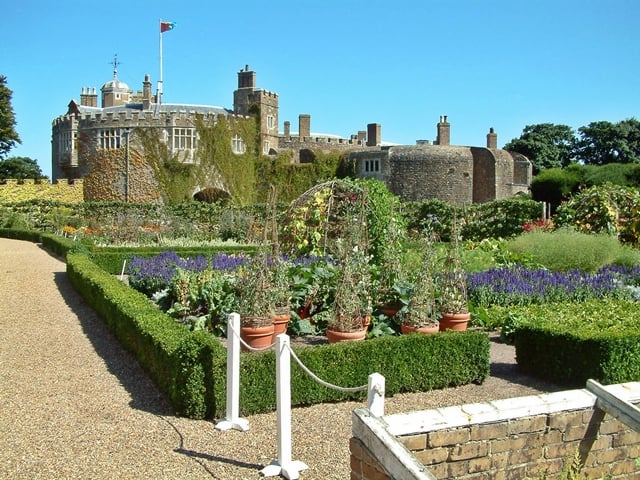 2.42 km
Walmer Castle was originally built during the reign of Henry VIII as part of a chain of coastal artillery defences. Walmer Castle became the official residence of the Lord Warden of the Cinque Ports in 1708, of which holders of the post have included William Pitt the Younger,  WH Smith, Winston Churchill, the Queen Mother, and The Duke of Wellington held Read more…