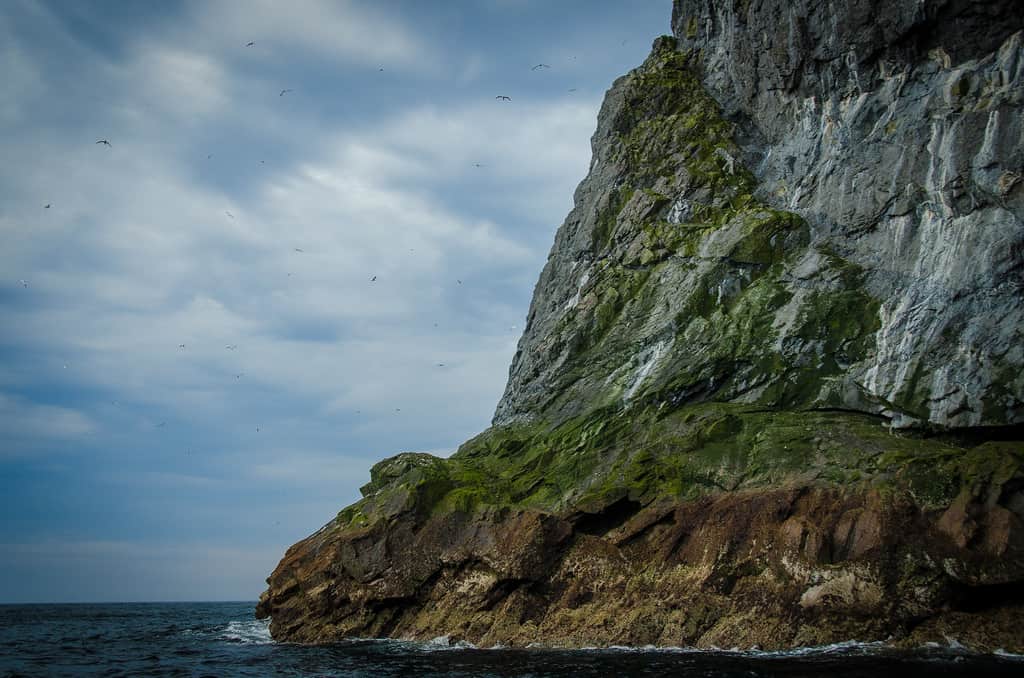 St Kilda is a dramatic landscape of exceptional cliffs and underwater scenery on a remote and uninhabited archipelago within Scotland’s Outer Hebrides in the north Atlantic off the west coast of the Scottish mainland. The archipelago renowned for its seabird breeding consists of the islands in size order of Hirta, Soay (‘sheep island’), Boreray (‘the fortified isle’) and the island of Dùn (‘fort’). Dùn protects Village Bay from the prevailing southwesterly winds, was at one time joined to Hirta by a natural arch. Smaller islets and stacks in the group include Stac an Armin (‘warrior’s stack’), Stac Lee (‘grey stack’) and Stac Levenish (‘stream’ or ‘torrent’).

Hirta the largest island was the only one to be occupied with the last remaining people asking to be evacuated in August 1930 due to a lack of resources to survive on. The remains of 4 settlements are left, the structures are a mix of all ages that include a medieval village.

Today over 1 million seabirds use the islands and St Kilda is a breeding ground for many important seabird species, including Atlantic Puffins, Northern Gannets, Leach’s Petrels, and Northern Fulmar.

The heritage site is not just the islands but also the sea around them which is home to minke and killer whales, harbour porpoises, Risso’s dolphins, Atlantic white-sided dolphin, white-beaked dolphin and Atlantic Grey seals.

Access to the islands is only by boat to the jetty in Village Bay, Hirta. Many tours options leaving from Skye and places like Oban and Mallaig. If you are intending to use your own boat then you will need to contact the Ranger on arrival.

The only accommodation on the island is a small campsite