The Melville Monument stands overlooking the town of Comrie in Perth and Kinross. It commemorates the first Lord Melville, Henry Dundas, who was Chief Minister of Scotland at the time of William Pitt the Younger.

Built in 1811, the monument is 72ft in height and commands a great position on the peak of Dunmore at the mouth of the glen.

Reach Melville Monument by either taking a steep climb up from the layby at the top of the hill or opting for the more gentle route, about a mile further on. Once you’ve got to the top where the monument is, enjoy magnificent views of the whole of the surrounding countryside.

Crieff weather forecast from Yr, delivered by the Norwegian Meteorological Institute and NRK

35.28 km
he Capital Asset is a Wetherspoon pub in Perth, Perth and Kinross. Our pub offers a range of real ales, craft beers and freshly ground Lavazza coffee. Breakfast is served until noon, with our full food menu available until 11 pm.     Read more…

15.33 km
Ardoch Roman Fort is an archeological site with the remains of several Roman fortifications have been discovered, probably dating back to the early 3rd century. It is said to be one of the most complete Roman camps in Britain. The Romans used Ardoch as one of a series of camps when on day marches in a north-south direction. Read more…

22.29 km
Ben Lawers is a mountain in the southern part of the Scottish Highlands, lying on the northside of Loch Tay. It is one of the highest mountains in this area, standing at just over 1,200m high, and is part of the long ridge that includes seven Munros. The mountain has four ridges, most of which are covered in grass with Read more… 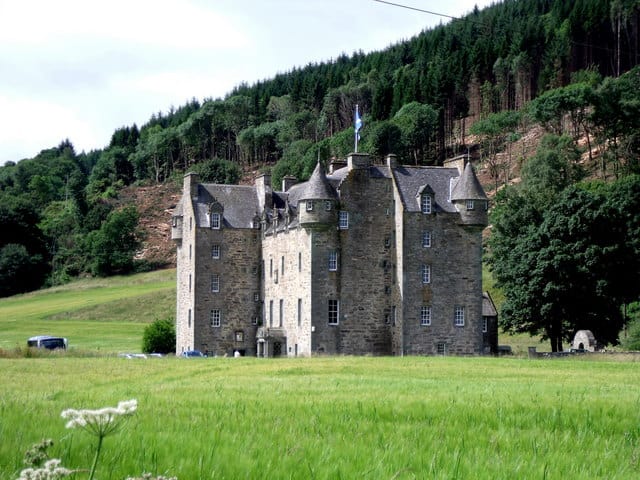 26.65 km
Castle Menzies is a 16th-century castle standing just north of the River Tay near Aberfeldy in Perth and Kinross. For over 400 years, the castle was the historic seat of the Chiefs of the Clan Menzies. Restored in the 20th century by the Menzies Clan Society, Castle Menzies is an example of how Scottish castles transformed from rugged Highland fortresses Read more…

27.07 km
The Black Watch Monument is a cairn topped with a statue of Private Farquhar Shaw of the Black Watch Regiment. The monument was unveiled in 1887 by the Marquis of Breadalbane to commemorate the first muster of the Regiment in May 1740. Read more…