The Holburne Museum of Art is an art collection situated in Sydney Gardens in central Bath, Somerset.

Housed in a grade I listed building designed by Charles Harcourt Masters, the museum showcases a large collection of 18th century portraits from English artists, including Gainsborough, Turner and Stubbs. The collection was originally started by Sir William Holburne in the late 19th century and along with paintings includes silver, Italian bronzes, porcelain, glass and furniture.

The museum is open all year round and admission is free, although there may be a charge for some temporary exhibitions. 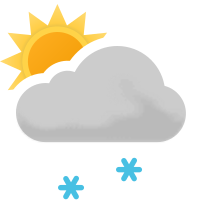 Favourite
1 km
The Georgian Garden is situated just behind The Circus in central Bath. It is a recreated garden from the period 1760-1770 and follows the position of flower-beds and paths which were excavated by the Bath Archaelogical Trust in the 1980s. The Garden is open all year round and admission is free. Find the entrance in Gravel Walk between Royal Crescent Read more…

Favourite
0.84 km
The Jane Austen Centre is a museum dedicated to the life and works of one of Bath’s most famous residents, the 19th century writer, Jane Austen. Situated in Gay Street in central Bath, the interactive exhibition at the Centre shows visitors the experiences Jane had during her time in Bath (1801-1806) and the impact the city had on her writing. Read more…

Favourite
6.16 km
Sir Bevil Grenville’s Monument was constructed from ashlar, with a slate plate in 1720 to commemorate the heroism of Sir Bevil Grenville and his Cornish pikemen at the Battle of Lansdowne in 1643. Read more…

Favourite
1.14 km
The Herschel Museum of Astronomy is located in a grade II listed Georgian townhouse in central Bath, Somerset. It is a small independent museum which showcases the life and works of William Herschel and his sister Caroline, both of whom made major contributions to the field of astronomy. The museum is housed in the Herschels’ former home in New King Read more…

Favourite
1.21 km
The Royal Crescent is a street of 30 Georgian terraced houses which are laid out in a grand sweeping crescent. Situated in central Bath and built between 1767 and 1774, the houses were designed by John Wood the Younger and represent some of the finest examples of Georgian architecture in Britain. The whole of the Royal Crescent is grade I Read more…

Favourite
0.85 km
The Museum of Bath at Work tells the story of the commercial development of Bath over the last 2,000 years and is located at Camden Works on Julian Road in Bath, Somerset. First opened in 1978, visitors can stroll displays over four floors, with the main exhibit being that of a reconstruction of an engineering and mineral water making operation Read more…

Favourite
3.21 km
Beckford’s Tower is a folly situated on Lansdown Hill, just outside Bath in Somerset. Built in 1827 for Bath resident, William Beckford, the tower stands at 37m high. Now owned by the Bath Preservation Trust, it is a grade I listed building. Within the tower there is a museum displaying various artefacts, furniture and paintings from Beckford’s collection. Visitors can Read more…

Favourite
0.77 km
The Roman Baths is the site of the original public bathing house during Roman times, located in central Bath adjacent to Bath Abbey. Excavated during the 19th century, the Baths are set below the modern street level. Visitors can walk through not only the well-preserved remains of the Roman Temple, the Roman Bath House and the Sacred Spring but also Read more…

Favourite
8.31 km
The Stoney Littleton Long Barrow (also known as Bath Tumulus and the Wellow Tumulus) is a Neolithic chambered tomb with multiple burial chambers. It is an example of the Severn-Cotswold tomb. The barrow is about 30m (98 ft) in length and 15m (49 ft) wide at the south-east end, it stands nearly 3m (10 ft) high.[3] Internally it consists of Read more…

Favourite
0.79 km
The Bath Assembly Rooms are situated right at the heart of the Georgian city of Bath in Somerset. Designed by John Wood the Younger in 1769, the Assembly Rooms have been designated as a grade I listed building and are a popular tourist attraction. When they were opened in 1771, they became the hub of local Georgian society. People gathered Read more…

Favourite
0.53 km
Pulteney Bridge is an iconic landmark in central Bath which crosses the River Avon. Designed in a Palladian style by Robert Adams for William Pulteney and opened in 1774, it is one of only 4 bridges in the world which has shops on it. Due to its Georgian architecture and romantic setting, the bridge is much photographed and often seen Read more…