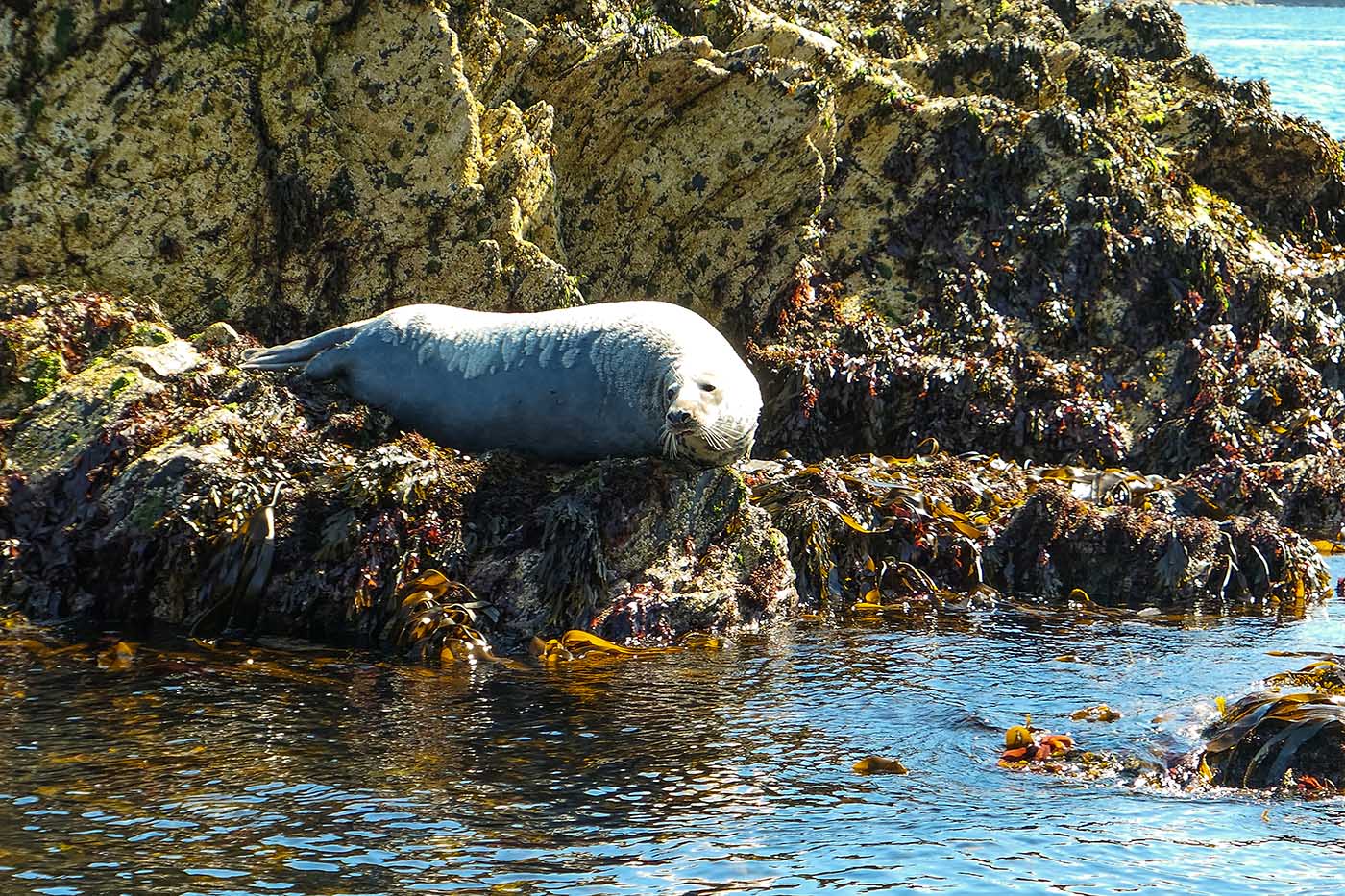 The Isle of Man’s sea and shoreline are home to habitats and wildlife of significant importance, including rocky reefs, kelp forests, maerl beds, bird nesting sites and sea caves that provide a home to a mass of marine wildlife. The Isle of Man was designated as a UNESCO Biosphere in 2016 in recognition of its special environment, culture, heritage and economy.

The Isle of Man has 10 Marine Nature Reserves (MNR) which cover 430km2 and were put in place to protect the animals, habitats and important fisheries found on and under the waves. We have listed the 10 MNR here as we believe they offer a great opportunity to responsibly connect with nature and spot some great animals.

The 10 Isle of Man MNRs below are shown in clockwise order starting at Douglas on the east coast.

Little Ness MNR is 10km2 and extends from Douglas Bay in the north to Little Ness in the south and is overlooked by Marine Drive which provides a great spotter location. Important habitats include horse mussel reef, maerl beds, cliffs, nurseries and spawning grounds. Animals you may see include horse mussels, spiny scallops, various sea birds, European eels, whales and dolphins.

Calf of Man & Wart Bank MNR is 20.15km2 and is an isolated area at the south of the island with strong currents. The Calf of Man is also an official British Bird Observatory, with 30+ species of birds breeding here annually and others passing through on migration. Protected habitats include sea caves and stacks, rocky reefs, kelp forests and sandbanks. Animals you may see include common and grey seals, risso’s dolphins, crayfish, sand eels, minke whales, peregrine falcons, puffins and Manx shearwaters.

Whilst Grey and Common Seals, Harbour Porpoise, Peregrine Falcons, Elder and Mallard Ducks can be spotted all year some species can’t be, you can use the below as a [very] rough guide to availability:

All visits need to be made responsibly as the wildlife you want to experience is as the word says “wild” and disturbance may impact their lives. The result of direct or indirect interaction with people can’t be underestimated and can change the behaviour of an animal or change the habitat.

We would recommend taking an organised trip operated by an experienced local guide who will show you some of the best spots for wildlife watching whilst balancing the least impact on the wildlife and habitat.

In addition to the MNRs the Isle of Man has a 20+ Areas of Special Scientific Interest (ASSIs) and a Ayres National Nature Reserve (NNR) which help to protect areas of land but also intertidal zones.

You can get the DEFA and Manx Wildlife Trust’s illustrated downloadable wildlife spotter sheets and MNR guides from the gov.im site.

For more information on wildlife or to support the Manx Wildlife Trust please visit their website at mwt.im.