Morte is a spectacular coastline of cliffs and coves, sandy beaches, dunes and headlands, important for its wildlife, archaeology and geology.

Just some of the places to visit include:

Woolacombe weather forecast from Yr, delivered by the Norwegian Meteorological Institute and NRK

2.22 km
Beach: Barricane Beach View: Situated right on this shingle beach, with views stretching across the secluded cove of Barricane Bay, half a mile from Woolacombe. What’s on the menu: Light bites and snacks during the day, great-tasting Sri Lankan curries in the evening! Read more…

2.84 km
Beach: Woolacombe Beach View: Enjoy the views over the three miles of sandy Woolacombe Beach from the café’s balcony. What’s on the menu?: Breakfasts, light snacks and homemade cakes during the day. At night the café is transformed into a more romantic spot, serving grilled meat and fish, great BBQs and buffets. Read more… 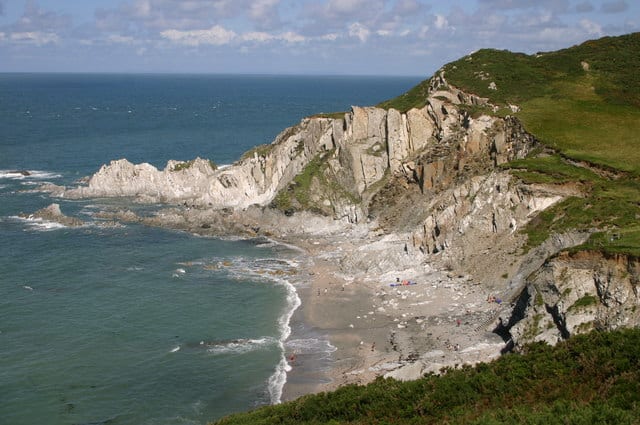 1.23 km
Rockham Bay beach disappears at high tide but at lower tides plenty of sand and rock pools, many quite deep for children to play on. As access is by walking only the beach does not get too busy. The walk to the secluded Rockham bay is not too much effort, but there are three flights of steep steps to reach Read more…

2.12 km
We have labelled this Barricane Beach but this area is actually a rocky cove with three beaches, in order from South to North you have Barricane Beach, Combesgate Beach and Grunta Beach which are separate stretches of sand and shingle between rocks.  Barricane beach is a designated a site of special scientific interest, also known as “Shell Beach”, a reference which comes Read more… 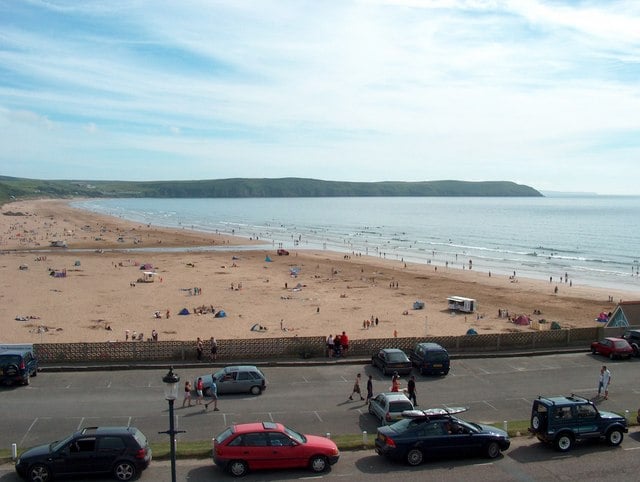 3.48 km
Woolacombe beach is two mile stretch of golden sand, a favourite with families. Activities on the water include surfing, windsurfing and canoeing. Toilets, parking, lifeguard in the summer, cafe, shop and disabled facilities. The beach has zoned areas tom separate swimmers from other water users. Dog restrictions: No dogs Easter to October. Read more…