Searching for fossils can be great family fun and at the same time, the coast can be used as a place to inspire and engage children in geology and fossils. Here we list 10 great beaches for fossils in the UK.

In most cases, the best time to look for fossils is after a heavy storm or high strong tide as this will disturb the coastline at the high water mark.

You need to be aware of tide times as it is all too easy to get involved in searching and not take care of the turning tides. As a lot of the areas mentioned are heritage sites or Sites of Special Scientific Interest (SSSI), you should not hammer directly on the cliffs but just look amongst the rocks and mudslides. 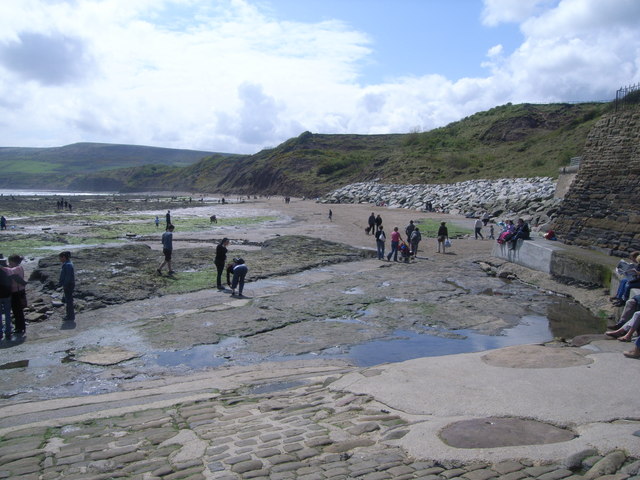 The Yorkshire coast exposes a wide range of marine and terrestrial rocks, and pterosaur and dinosaur footprints have been found here. But the best place for fossils is just south of Robin Hood’s Bay at Ravenscar where you can find ammonites as well as dinosaur and reptile fossils. These can be found on the foreshore, particularly after stormy seas, or you can try the scree slopes on the cliffs. The walk down to the beach is difficult and can be slippery in the rain. It’s not recommended for children. 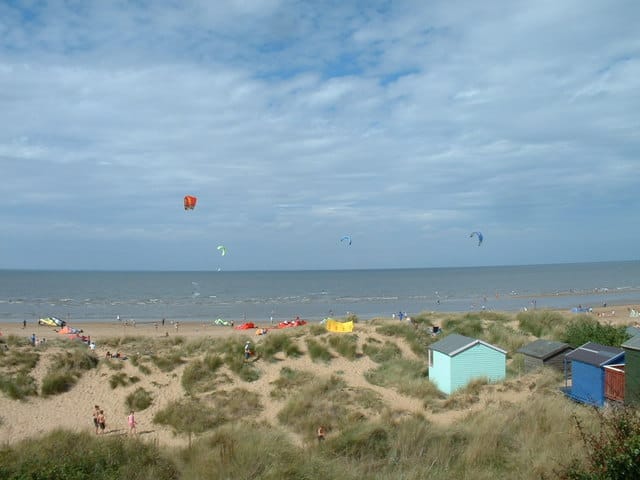 Hunstanton is within a large estuary on the south side of The Wash. The red rock and white chalk cliffs are rich in fossils. You will often get fresh cliff falls to provide fossils of fish, shark, echinoids (sea urchins) and shells.

At Pakefield you have a fossilised forest bed just below beach level, this provides, shells and reptile fossils on the foreshore when the tide is out. Jurassic fossils can be found in the boulder clay which falls during heavy rain or high tides; you might find mammalian and bird remains. Access to the beach is via steps cut into the cliff, although they can get washed away in the winter.

The Isle of Sheppey has a large stretch of coast suitable for fossils. It is probably best to head towards Warden Point where fossils can be found along the foreshore and include turtles, lobsters, crabs, sharks’ teeth, snake and plant remains. Coastal erosion separates the fossils and the clay.

This is a clay area and so you must take care not to sink.

Herne Bay has fossiliferous beds and a plentiful supply of shark teeth on the foreshore. It is best to start your search at Reculver which is to the east of Herne Bay. 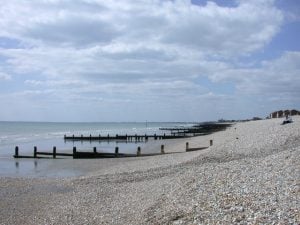 An ideal family location, with its large sandy beach and ease of access. Fossils are found in the sand along the foreshore, with the best time to visit after a storm or strong tide which expose more fossils. The most common finds are sharks’ teeth, ray teeth, and turtle shells.

Along this 95 miles of world heritage coast, the exposed cliffs are known for opportunities to hunt for fossils. Although a long stretch of coast, it is good to concentrate on the small stretch between Lyme Regis and Charmouth. There is often rock falls at Church Cliffs, and you have a good chance of finding large ammonites along the foreshore. East from Charmouth, the softer, low cliffs are great for kids, where the earth can be pulled apart by hand, or tapped with a chisel, to reveal ammonites.

Llantwit Major is not far from Cardiff in Wales, has corals, giant shells (brachiopods and gastropods) and bones. Head eastwards to find fossils in the boulders and slabs that have been washed toward the sea.

Best to stay away from the cliffs as rock falls are common on this coastal stretch.

Fossils along the Antrim coastline date from the Lower Jurassic and Triassic periods. Reptile remains have been discovered in this area, but you’re more likely to find ammonites and shells, as well as belemnites (squid-like creatures). Fossils may be located on the foreshore or in scree.

If you are interested in finding more information about Fossil hunting in the UK a good resource is ukfossils.co.uk.